One epitaph reads, "He was only 29 when he died, but he already had a Toyota Celica!" 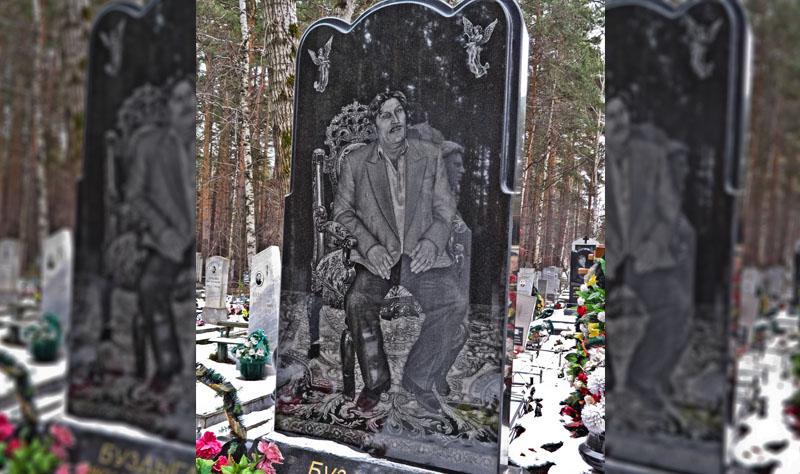 Located in the town of Yekaterinburg in Russia, the mobster cemetery—Shirokorechenskoe Cemetery officially—is the home of thousands of ornate gravestones etched with the person buried and, often, their car.

The laser engraved granite puts a modern twist on what look like Mafiosos from 90s movies. The extravagant tombs are often shown full-bodied in sharp suits with cars, gold chains, food, and their girlfriends surrounding them. 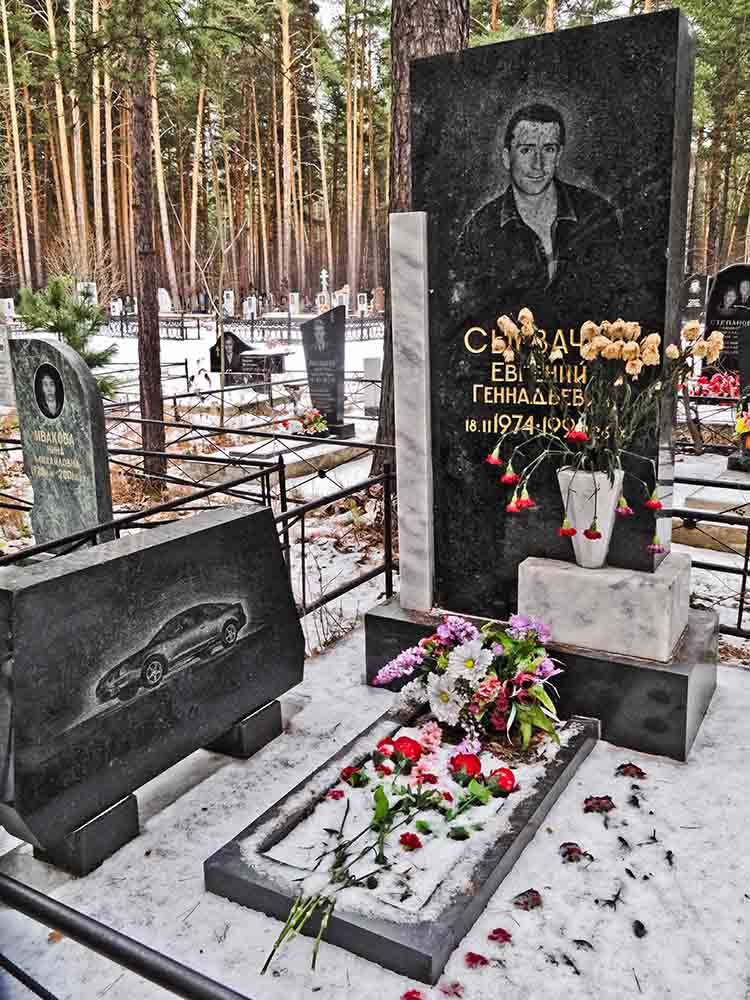 Though the town of Yekaterinburg went through the same organized crime struggle of other Russian cities in the transition to free markets, the town has become somewhat infamous as the home of many of Russia’s most dangerous mob bosses and hitmen. 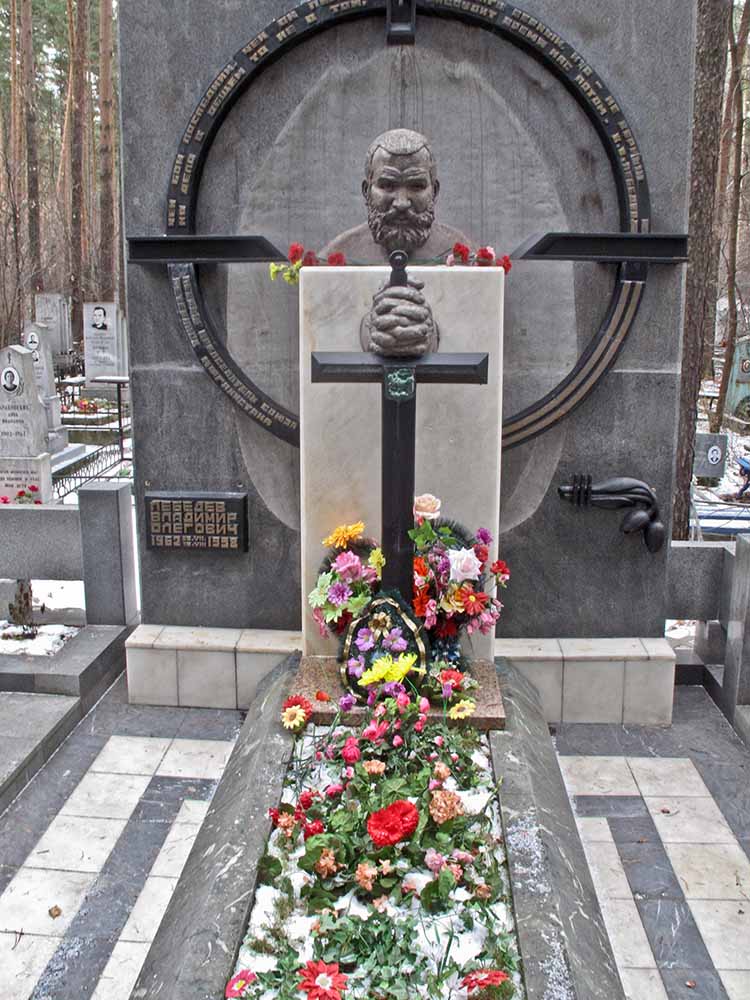 One of the graves before the laser-engraving trend./CC Peretz Partensky

The Epitaphs are as equally strange as the artwork: 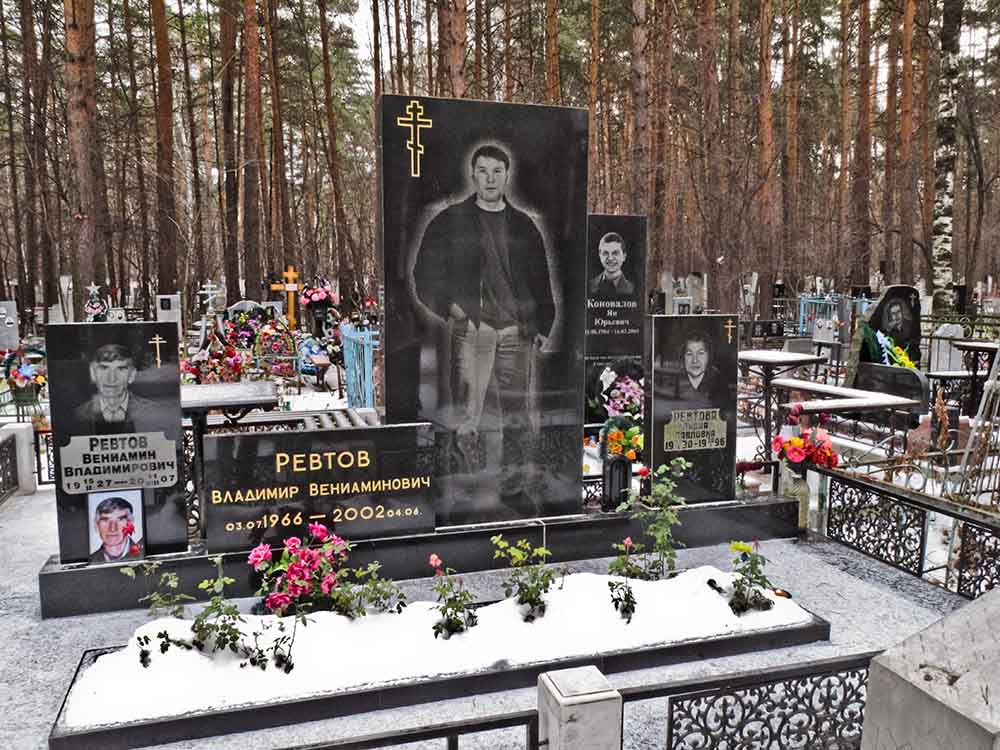 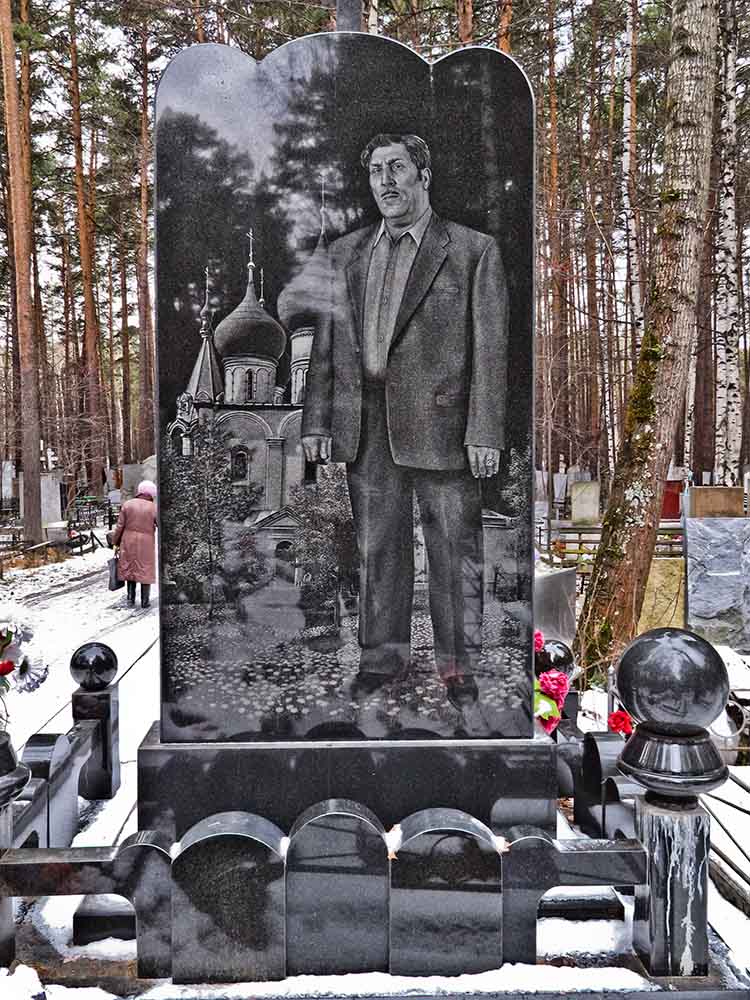 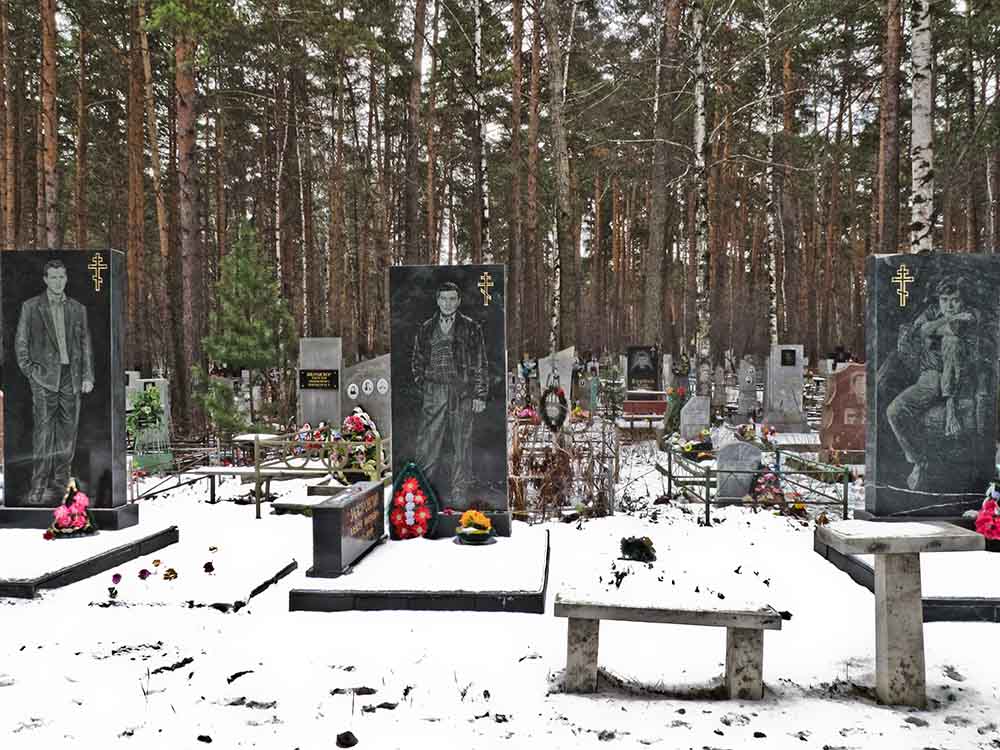