One by one, the fingernails of Mr. Shridhar Chillal were removed—the longest measuring at a length of 77.87 inches. 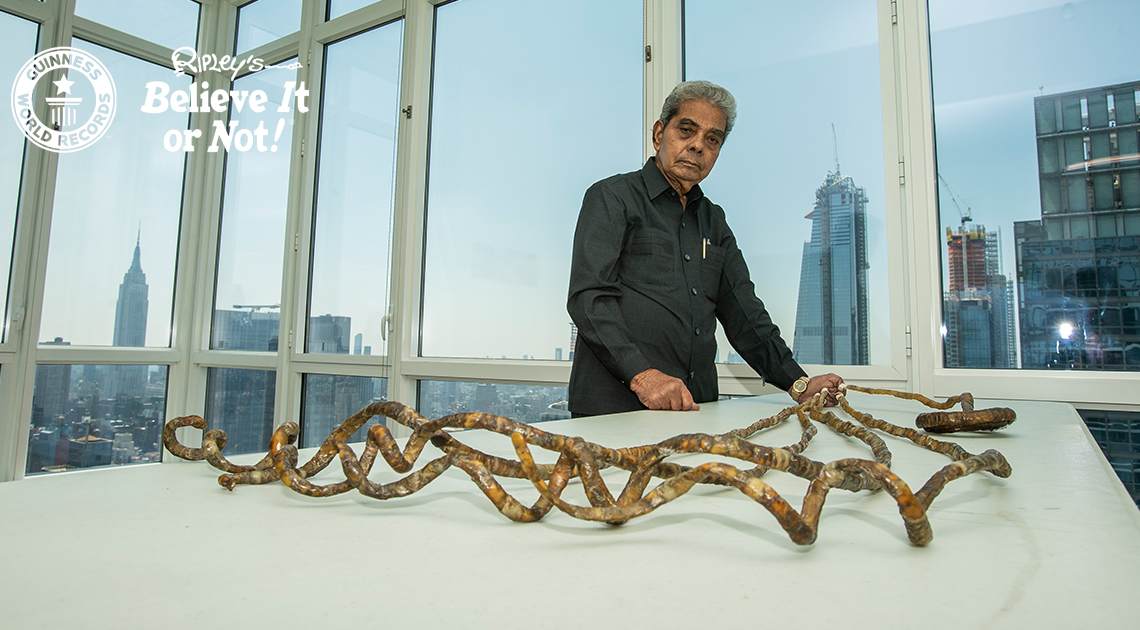 In Mr. Shridhar Chillal’s home country of Pune, India, it is considered a sign of wealth for a man to have at least one long nail. So what’s there to be said about a gentleman with a whole hand full of record-breaking talons?

Nailing Down The Challenge

At the young age of 14, Shridhar Chillal decided to grow out his nails after being scolded by a school teacher. Chillal had accidentally broken his teacher’s long nail—a sign of social status in India. This lengthy fingernail signifies that the person does not have to participate in manual labor, especially if the nail is kept clean and in good condition. In fact, during the Qing dynasty, even women of the imperial Chinese court kept long nails to signify the same. 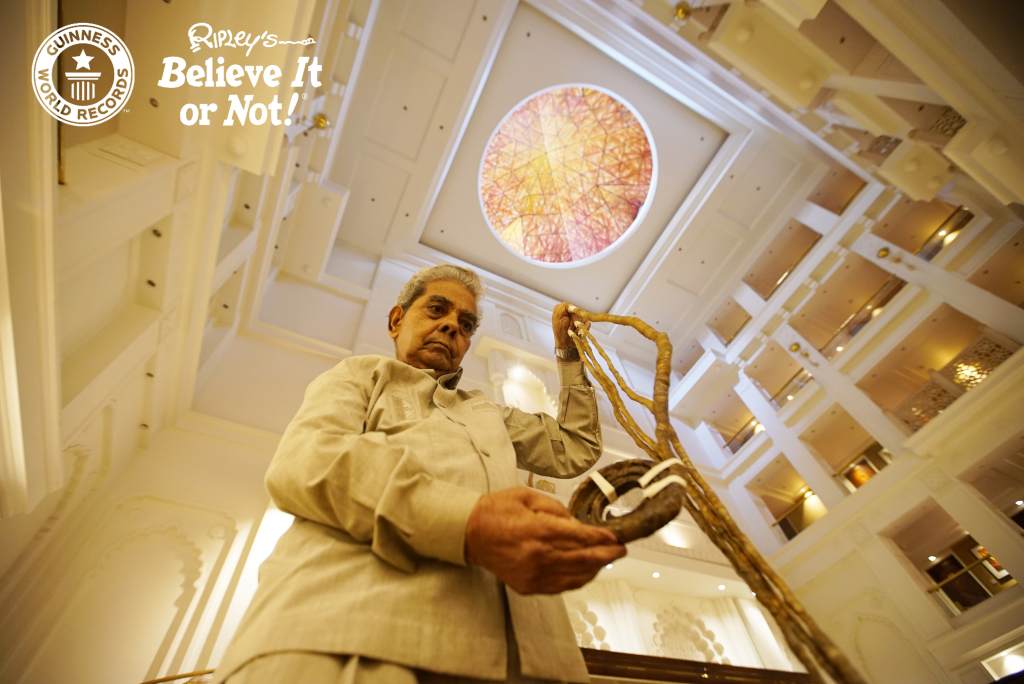 At the time, Chillal couldn’t quite grasp the importance of the now-broken nail of his teacher. He was told that he would never understand the gravity of what he had done by breaking this single fingernail. To show his commitment, Chillal took his teacher’s words as a challenge. From here, there was no turning back.

It wasn’t long before Chillal’s nails became a part of him. Only growing out his nails on one hand, Chillal continued to live a happy and normal life alongside his wife, two children, and three grandchildren. He even enjoyed a successful career as a Government Press Photographer complete with customized equipment to accommodate his nails when using the camera.

As he aged, however, mundane parts of life became more difficult. Due to the immense weight and length of his nails, his hand became permanently handicapped. He’s unable to open his left hand from its closed position and is also unable to flex his fingers. 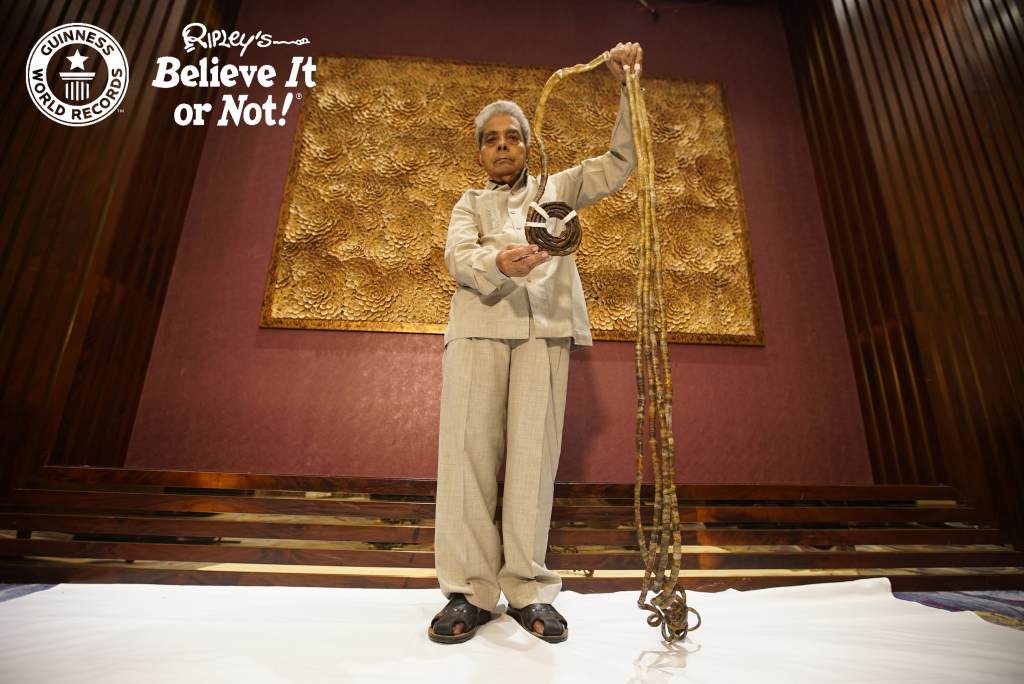 Let’s Cut To The Chase

Chillal achieved record-breaking lengths for his terrific talons back in 2014. Guinness World Records named him the official title-holder for longest nails on a single hand.

It wasn’t until 2018 at the age of 82 that Chillal decided it was time to part with his five prized possessions. To no surprise, nails that have been growing for 66 years to over 350 inches would not go easily. Decades of dedication required the use of some stronger clippers than your average hand. We were lucky enough to commemorate this momentous manicure alongside Chillal and his legendary fingernails.

One by one, these fingernails were removed from Chillal’s hand. The longest nail of the five, his thumb, reached a length of 77.87 inches. When laid together, his nails spanned a length of over 31 feet—the height of a three-story building! 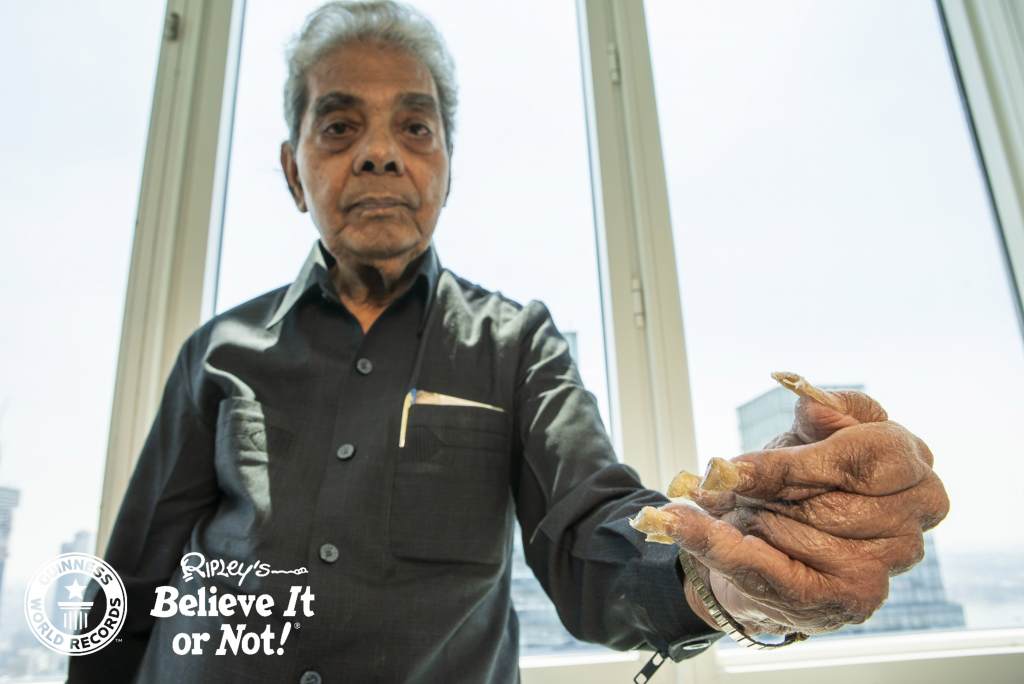 Give Mr. Chillal A Hand!

Mr. Chillal’s dedication to growing his nails is commendable and admirable, to say the very least. It’s only fitting that the iconic claws are displayed in a way that they may be forever memorialized.