Idaho Relocated Beavers By Parachuting Them From Planes

The Idaho Fish and Game once dropped beavers out of a plane!

I’ve thought long and hard about exactly how to say this delicately, but I haven’t come up with anything, so I’m just going to say it. A government agency in America once dropped beavers out of a plane!

In a day when PETA will sue or protest if you so much as look at an animal wrong, it’s unbelievable to me that someone could have once just tossed animals out of a plane with impunity.

Maybe the real story isn’t as bad as all that sounds, but it’s still jaw-dropping.

The year was 1948. It was three years past the end of WWII, and people were starting to migrate into the beautiful area of Payette Lake in McCall Idaho.

In typical human fashion, they didn’t stop to consider the natives, in this case, the beaver population.

It didn’t take long for the residents of Payette Lake to figure out that living with busy beavers wasn’t going to be easy, so they decided the best bet was to move them to a new habitat. 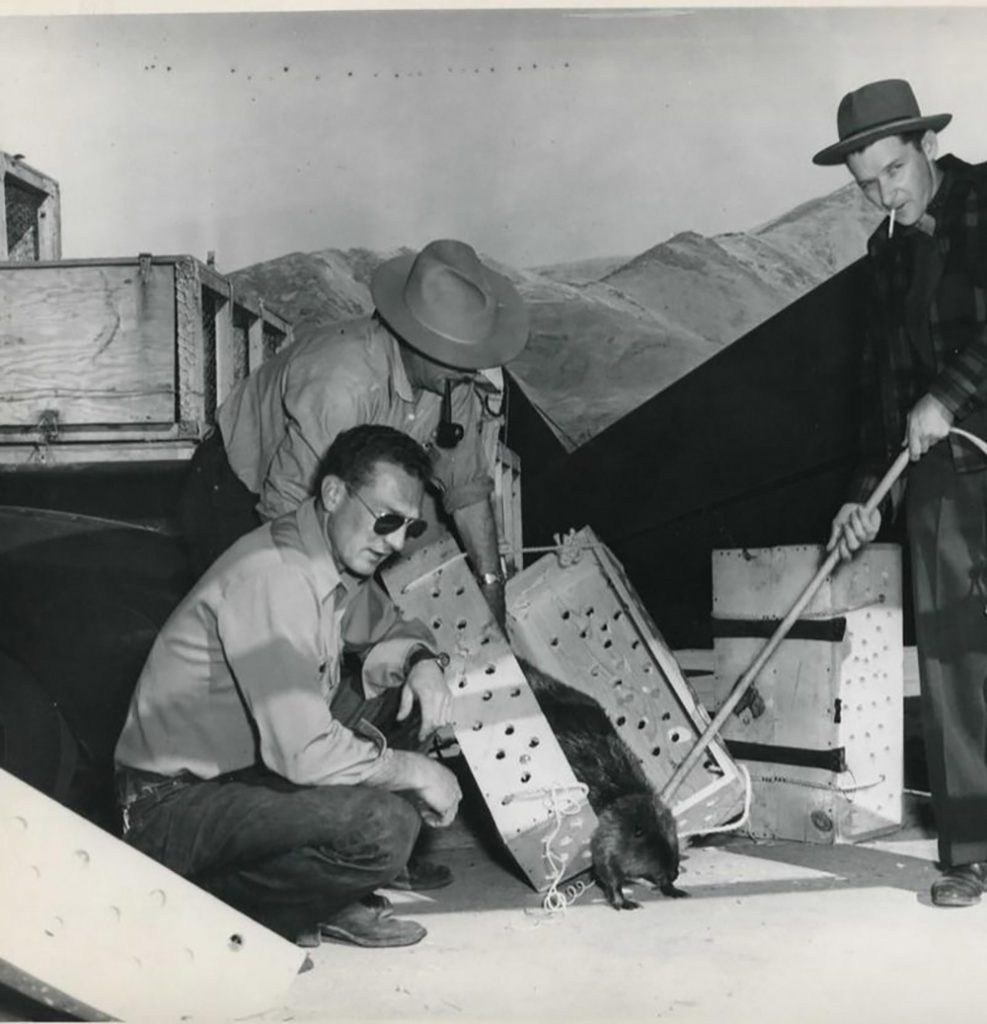 The questions for Idaho Fish and Game were where and how to move the little guys. Luckily, Elmo Heter worked in the department at the time, and he had experience with the critters, making him the closest thing to an expert the government had.

Heter knew that Chamberlain Basin was the perfect spot for the beavers. But the aspects of the basin that made it such an ideal destination (it’s remoteness and dense vegetation) also made it complicated to get the beavers to their new home in the first place. There are no roads leading into the basin, so cars were out of the question.

They might have packed the animals in boxes and strapped them to donkeys, but apparently beavers and donkeys don’t mix.

Horses and mules become spooky and quarrelsome when loaded with a struggling, odorous pair of live beavers.

Which left them with the only logical solution: drop the beavers from planes. 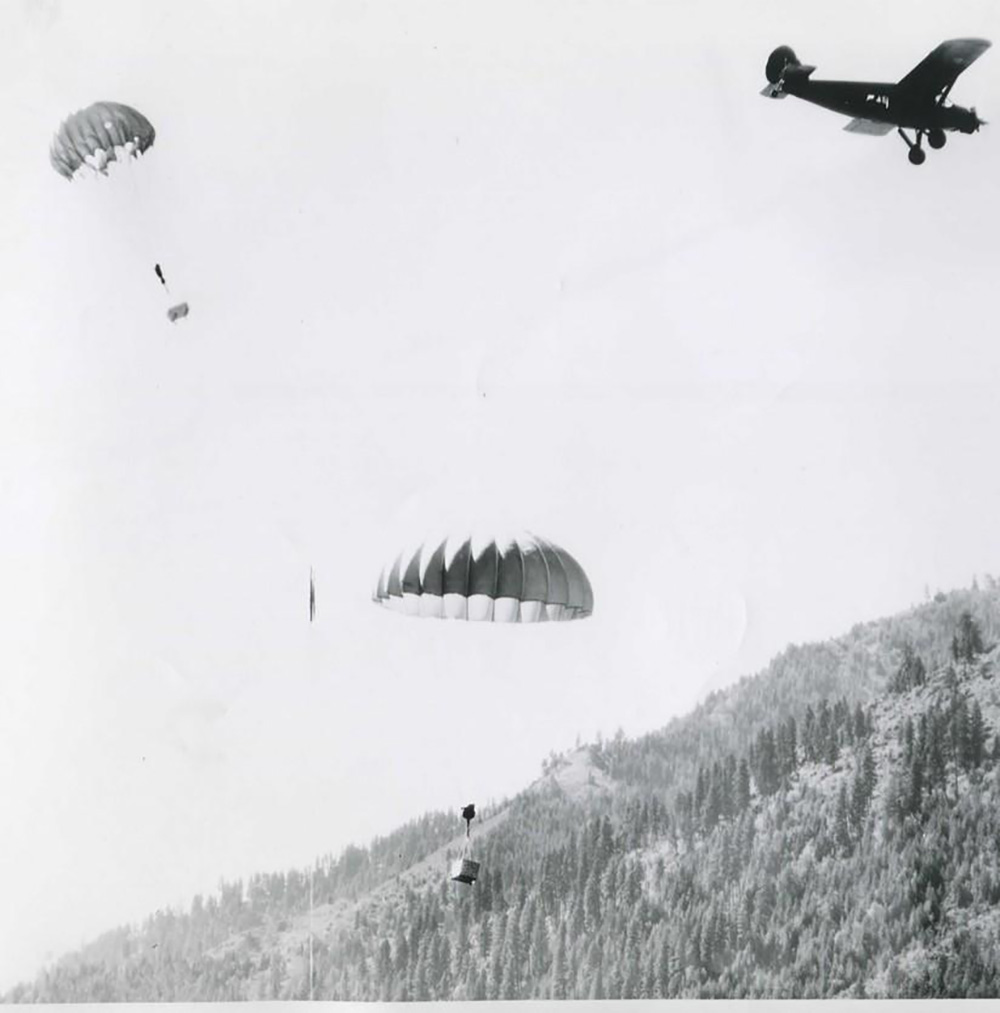 There are beavers in those boxes! 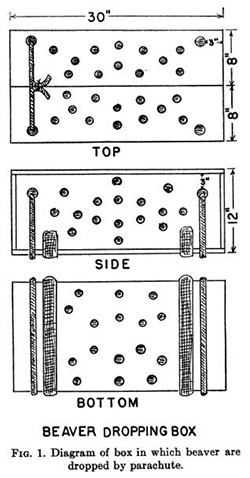 Heter knew there was a surplus of parachutes left over from WWII. The plan seemed to be coming together. Heter could get the beavers out of the community and move them into a place where they could be happy and do some real good, all while getting rid of the parachutes too.

So he designed a box that would fit a beaver and open upon impacting the ground. Then he tested it. First, he used weights, and then he found a male beaver, named him Geronimo, and started regularly dropping him from a plane.

Poor fellow! He finally became resigned, and as soon as we approached him, would crawl back into his box ready to go aloft again.

Once he was confident the plan would work, Heter made Geronimo the first official transplant and sent three female beavers with him.

Thereafter, 76 more of the little critters followed him along. All but one of the skydivers survived the trip and went on to work wonders for the natural habitat of the basin.

Say what you will about the craziness of Heter’s plan; the fact is it worked. And now we can all sit back and marvel at the fact that back in the 1940s, it rained beavers over Idaho.

Next post LOOK BEFORE YOU LEAP: The 100 Year History Of Stuntworkers

Previous post Could Alligators Survive In The Sewers Of New York City?