Did Pocahontas Love John Smith And Save His Life?

She was just 11 years old when John Smith arrived. 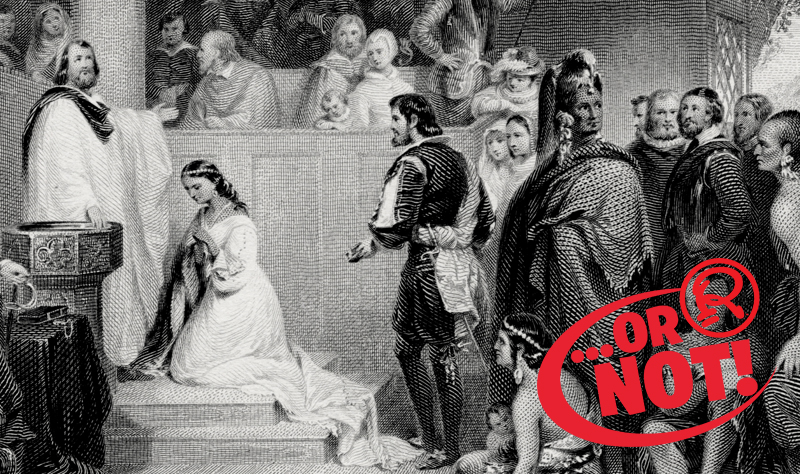 Disney and some other versions of the Pocahontas story depict the Englishmen John Smith as a man who falls in love with an Indian princess who saved his life. Smith even wrote in his book Generall Historie of Virginia that the young Native American woman put her own life in jeopardy twice in order to spare his. In reality, Pocahontas too young for romance when she met Smith, and she didn’t prevent his death.

The pair did have a relationship, but it was possibly more like brother and sister and political in nature, according to historian David Silverman of George Washington University.

Pocahontas was born around 1596. Her real name was Amonute, but she was also known privately as Matoaka. She was given the nickname Pocahontas, which has been translated several ways, including “playful one” and “ill-behaved child.”

When the English settled Jamestown in 1607, Pocahontas was about 11 years old. Her father was Chief Powhatan, and she was his favorite child. Powhatan ruled over 30 tribes in the area, and his brother, Opechancanough, captured Smith, who was 27 years old. In the Englishman’s version of events, when he met the chief, his head was placed on top of two stones on the ground with a warrior on standby ready to crush his skull. Then Pocahontas intervened and prevented the execution. 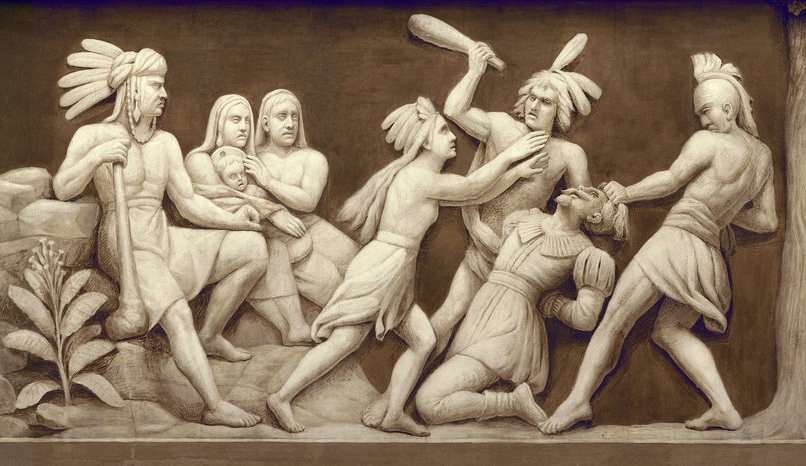 It’s unclear if this is how things actually played out. Several scholars believe the mock execution was actually an adoption ceremony and that the Algonquins never had any intention of killing Smith, who likely did not understand what was happening. Some have suggested that Smith was seen as a white werowance, or tribal chief. When Chief Powhatan met the Englishman, he was dazzled by his confidence and the pocket compass he carried. As a result, Powhatan adopted him as a subordinate werowance and named Smith a member of the tribe, referring to him as his son. The pair also exchanged gifts—Powhatan received two guns and a grindstone, and Smith was granted Capahowasick on the York River.

Pocahontas was very unique among young Native American girls at that time, who were tasked with jobs such as farming, cooking and making supplies for the home.  Even though Jamestown was full of armed foreign men who were known to be hostile towards Indians, Pocahontas wasn’t intimidated. She bravely allied with Smith to ease relations between the Indians and settlers. She led Indian delegations to supply Jamestown residents with food and was also able to negotiate the release of Indian captives. The English viewed Pocahontas as a symbol of peace. She was not a threat because she was a child, and they knew she was Chief Powhatan’s favorite daughter. 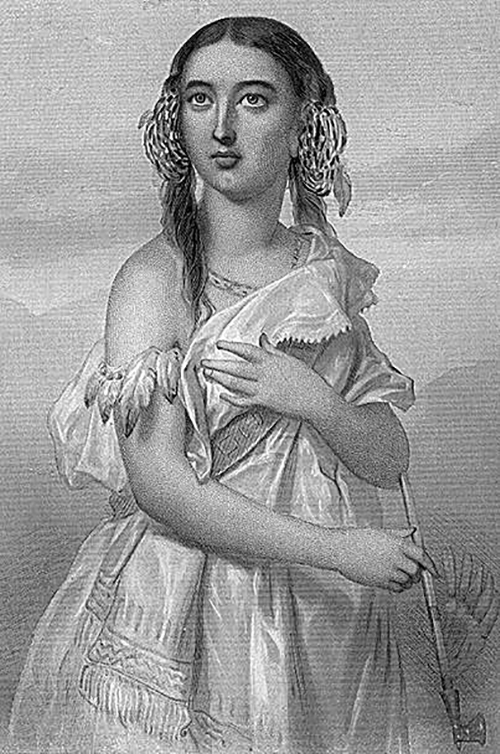 Eventually, tensions grew between the Powhatan tribes and the English settlers. Food was scarce, and negotiations crumbled. After crops failed to grow, Smith and the other settlers became desperate, threatening village leaders if they didn’t help them.

Smith claimed in his book that Powhatan planned on killing him, but Pocahontas went to his hut and warned him in advance around 1608. Scholars believe this is false for several reasons. First, Pocahontas would have had trouble doing anything in secret because her father was the chief and her actions would have been noticed. Also, Powhatan had already offered to supply more provisions to the settlers.

In 1609, Smith was injured in an accidental gunpowder explosion and returned to England for treatment. By this point, Pocahontas was a teenager and of marriageable age. Some believe that in 1610 she married a man named Kocoum, who was not a chief and did not have a high-status position. It’s possible she married for love.

In 1613, Pocahontas was kidnapped. In some accounts, Kocoum was killed. While captive, Pocahontas converted to Christianity and was given the name Rebecca. She wed Englishman John Rolfe in 1614, and they had a son, Thomas, the following year. The family traveled to England in 1617, where she reunited with Smith before contracting a respiratory illness and dying in the ironically named town of Gravesend. 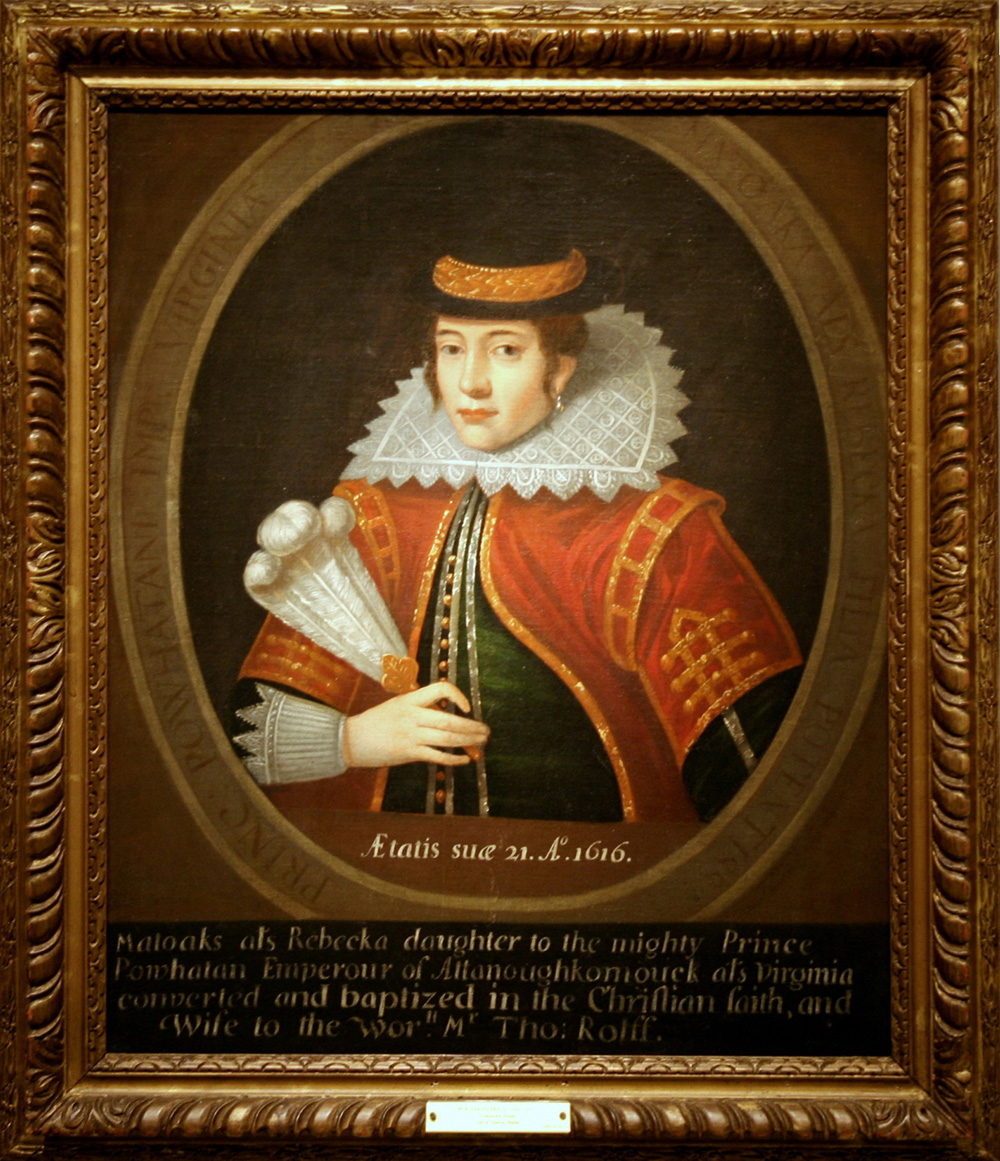