From ancient Egypt to the 1990s, the choker has a long and complex history.

A staple in the world of fashion, the choker was an absolute must-have for ’90s gals. These bad boys were featured in nearly every opening scene of The Amanda Show, regular costume changes on Sabrina the Teenage Witch, and of course, completed every butterfly-clip hairdo worn by Hilary Duff on Lizzie McGuire.

But before becoming the stretchy plastic necklaces you’re familiar with, chokers started as more than a fashion statement. They were symbolic tokens of mockery, healing, protection, and status — that’s right, not just a way to show off your inner Avril Lavigne. Everyone from royalty to prostitutes are said to have rocked the choker trend at one point or another!

We’ve seen iterations of the choker as early as the ancient Egyptians. Pharaohs and queens wore the high-class version of this necklace — hammered with gold or strung with pearls and diamonds. But of course, folks of lesser status wanted to join in on the trend and settled for simple red ribbons adorned around their necks. These chokers weren’t just used as an outfit accessory, however. The ancient Mesopotamians and Egyptians believed the jewelry had healing powers.

In ancient Egypt, men and women wore elaborate collars and necklaces like these. They were often decorated with floral motifs and protective symbols pic.twitter.com/TKQ3VrfKBl

Gold was known to symbolize the skin of the sun god, which connected with the life-giving powers of the Nile River. To utilize the healing magic of this material, the Egyptians wore chokers on the parts of their body that needed the most protection: the neck, wrists, and head.

Each emblem worn at this time offered a different protection to the wearer. Authors Bob Brier and Hoyt Hobbs break down some of these amulets in their book, Daily Life of the Ancient Egyptians, stating that something like a hippopotamus charm might be worn as a call for protection from the goddess of childbirth.

While the ancient Egyptians leaned on chokers for their amuletic ability, women in 1790s England wore theirs as a token of contempt and lack of respect for the French, as well as tribute to those who lost their lives. During the French Revolution, there were an abundance of beheadings, and so to show their disdain for the gruesome ending as well as respect for those who fell victim to the guillotine, red chokers were tied around the necks of women.

Later, chokers pivoted to becoming a staple for queens and royalty of the Renaissance era. It’s said that throughout her life from 1844 to 1925, Alexandra of Denmark was quite the trendsetter with her favorite piece of jewelry — the choker. Said to have been influenced by her many trips to India, she favored the wider chokers that were eventually dubbed as “dog collars.” She preferred the thicker piece of jewelry to cover a scar on her neck from a thyroid surgery. Of course, everyone wanted to look like the Princess, so they created their own iterations adorned with embellishments and jewels. 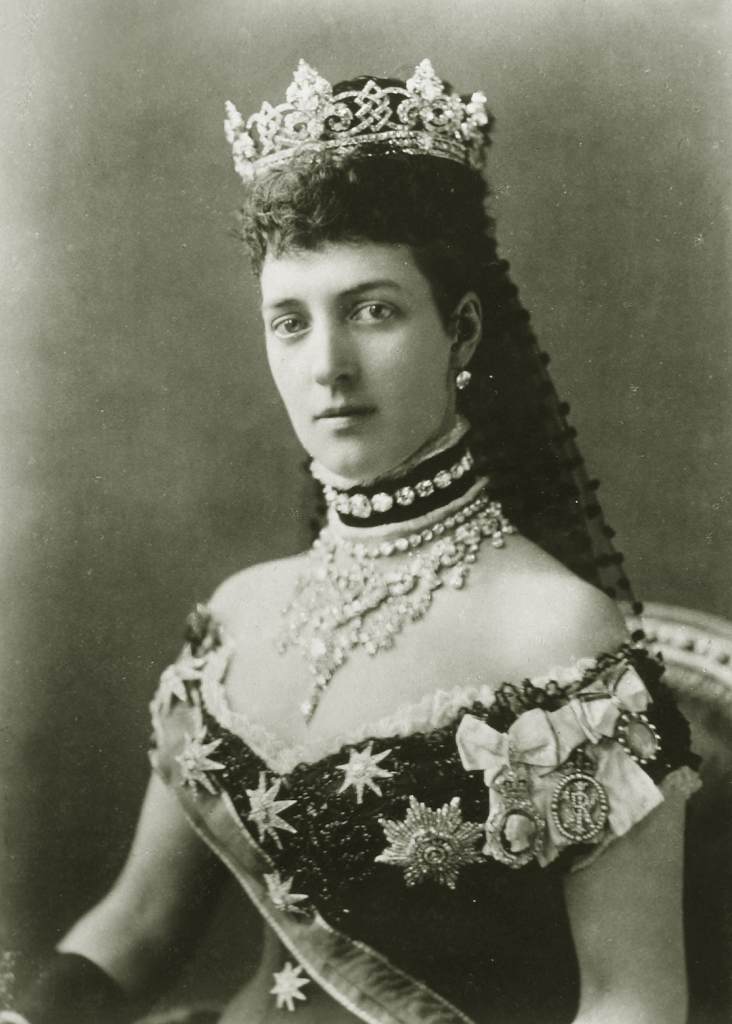 Alexandra of Denmark in her signature choker. Via Wikimedia Commons.

The strangest part about this era, though, was that not only were royal women rocking a choker, but so were local prostitutes. In the 1860s, there’s evidence through paintings and historical depictions that prostitutes were known for wearing a red ribbon around their neck – an “on-a-budget” choker if you will. It just goes to show: every lady loves a choker!

With the 1920s quickly approaching, chokers made their brief stint in the Art Deco era. Throughout the roaring ’20s they were beaded, pearled, or ribboned — less of that might-actually-choke-you look we know today and more like just a short necklace. Fading in and out of style over the years, chokers certainly hit their stride in the 1990s.

Once the ladies of the ’90s got their hands on this trend, it was game over. Though not elegantly adorned with fancy jewels and gems, the chokers of the Christina Aguilera age had their moment, for sure. From red carpet appearances to television shows to lining the shelves at Spencer’s and Claire’s, there’s not a ’90s gal (or guy) in sight who didn’t have at least one of these plastic bad boys. Even rock stars like Mick Jagger and Davie Bowie experimented with the dog collar look, adding that element of grunge we know and love today. 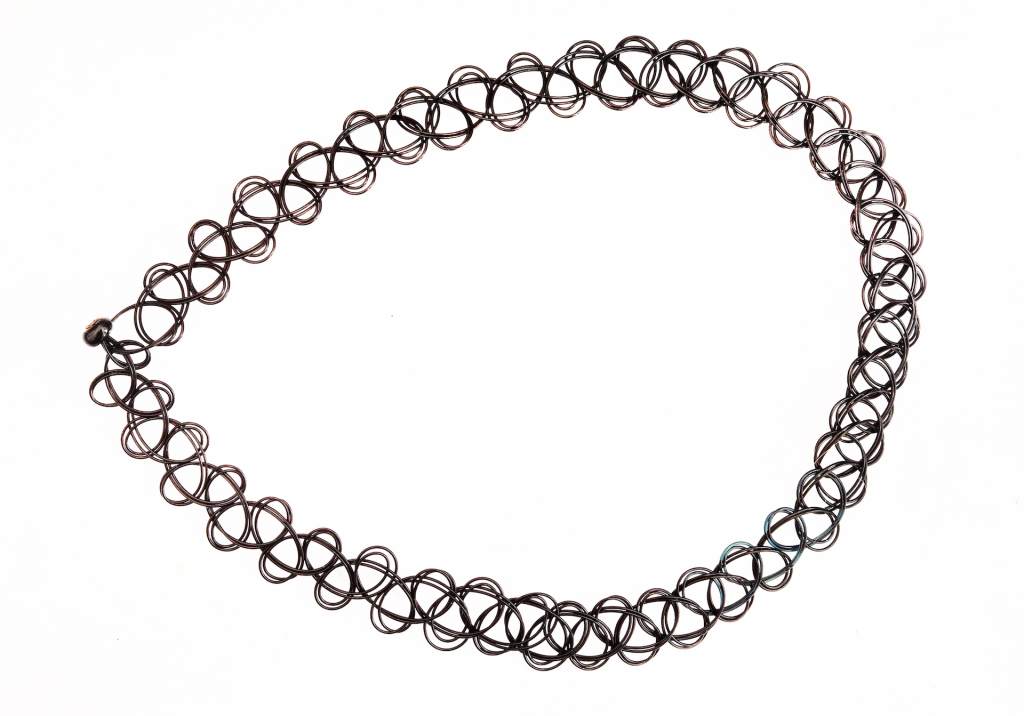 From their healing powers to their moment of protest to prostitutes and Limited Too, chokers have certainly made their way around the block. Were you a part of their trendsetter circuit? Tell us all about your choker closet staple in the comments below!

Next post What Are The Odds? Ripley's Rescues Another Orange Lobster