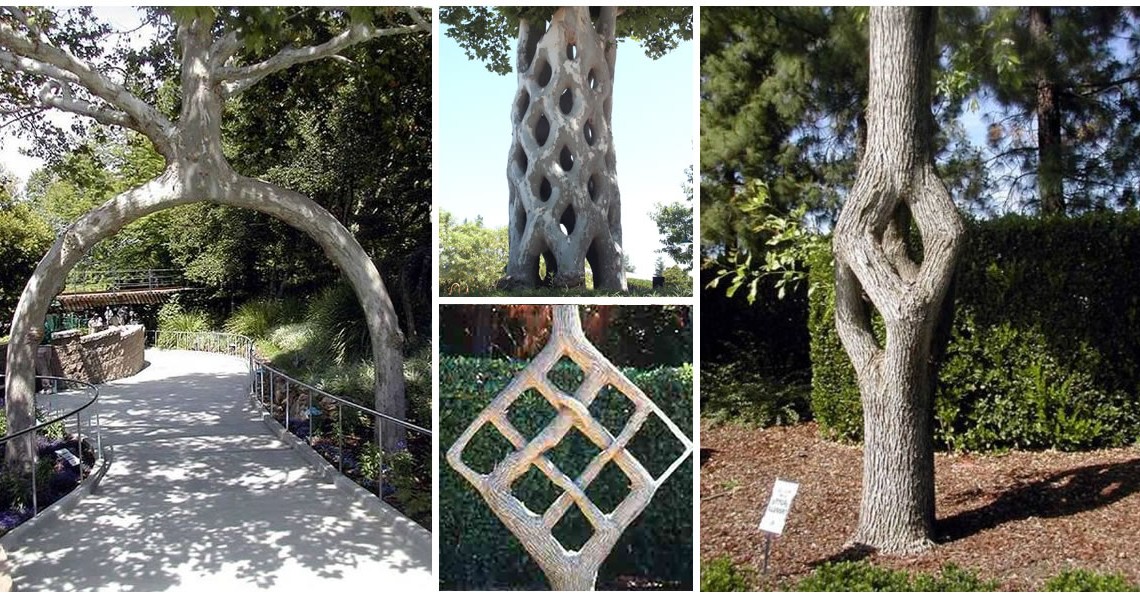 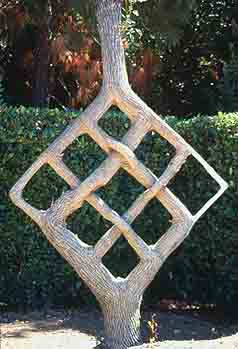 Axel Erlandson (1884-1964) was a Swedish born “tree shaper” who lived in California for most of his life.

Tree shaping is a method of growing trees into artistic designs, and Axel Erlandson was a master at it.

He started shaping trees as a hobby in 1925, but his hobby soon became more serious after his wife and daughter suggested that tourists would pay to come see his strange trees.

When asked how he made his trees grow, he replied, “I talk to them.” 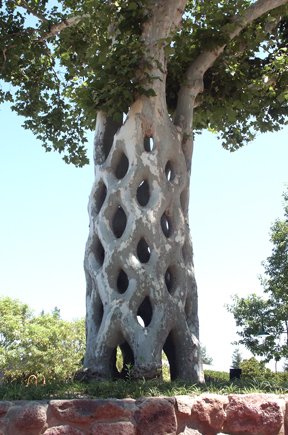 Erlandson opened the Tree Circus in 1947 with transplanted trees from his personal garden. His creations were years in the making.

One of his most recognizable trees, the Basket Tree, was made by plating 6 sycamores in a circle, then grafting them into diamond patterns.

Attendance to the Tree Circus was moderate. Construction of a new highway diverted tourists away from his roadside attraction. In 1963, Erlandson sold the Tree Circus for $12,000.

After a few failed owners, the land was sold to a developer who was going to bulldoze the whimsical trees.

With some intervention, the trees were saved as National Landmarks and eventually bought by entrepreneur Michael Bonfante, who transplanted them to his new amusement park, Gilroy Gardens, which is where over half remain to this day. 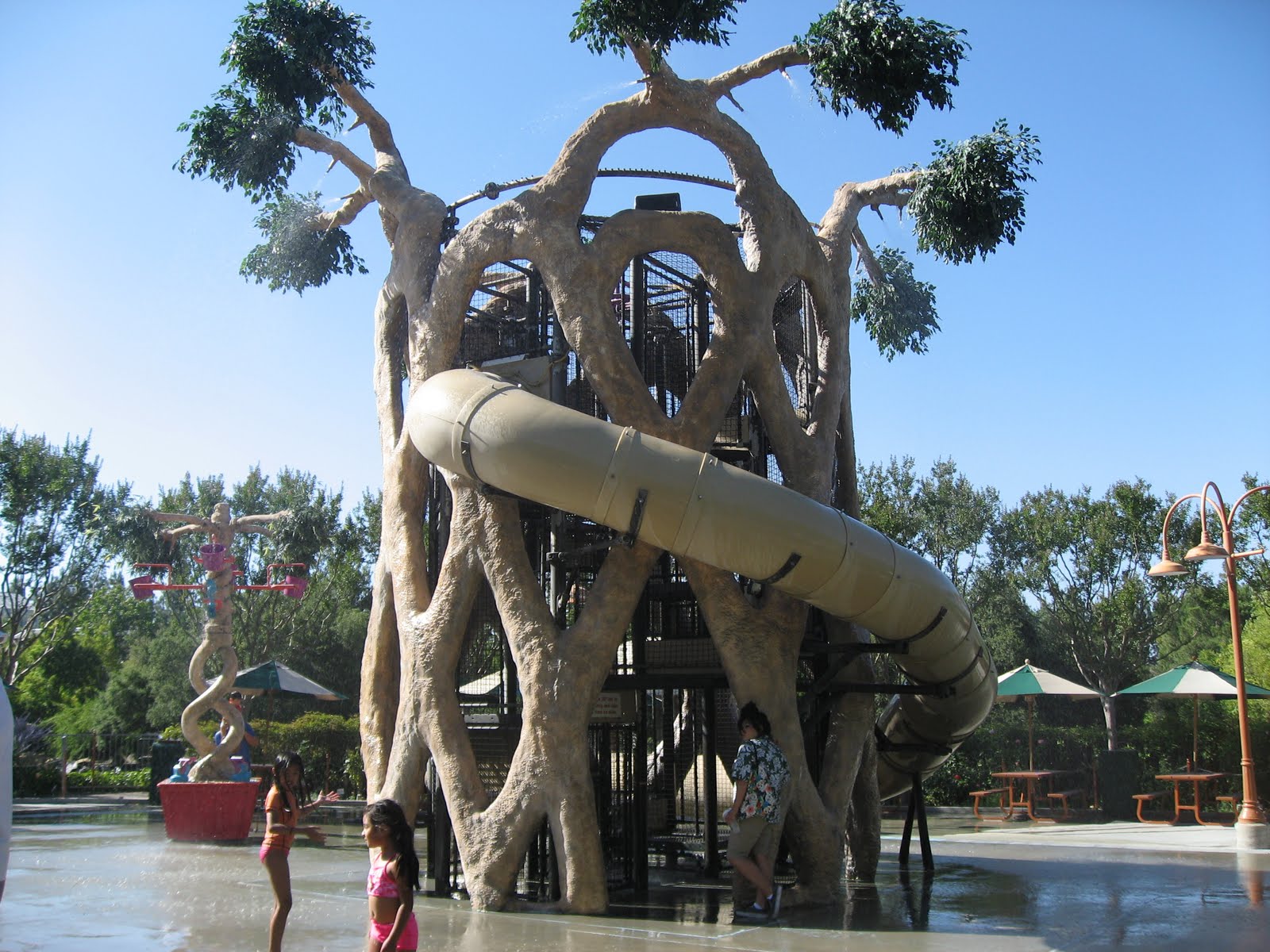 Axel Erlandson knew his trees would be perfect fodder for the famous Ripley’s Believe It or Not! cartoon. He sent Robert Ripley a few pictures and invited Ripley to come visit. The results were multiple cartoons throughout the years featuring the magnificently bizarre trees. 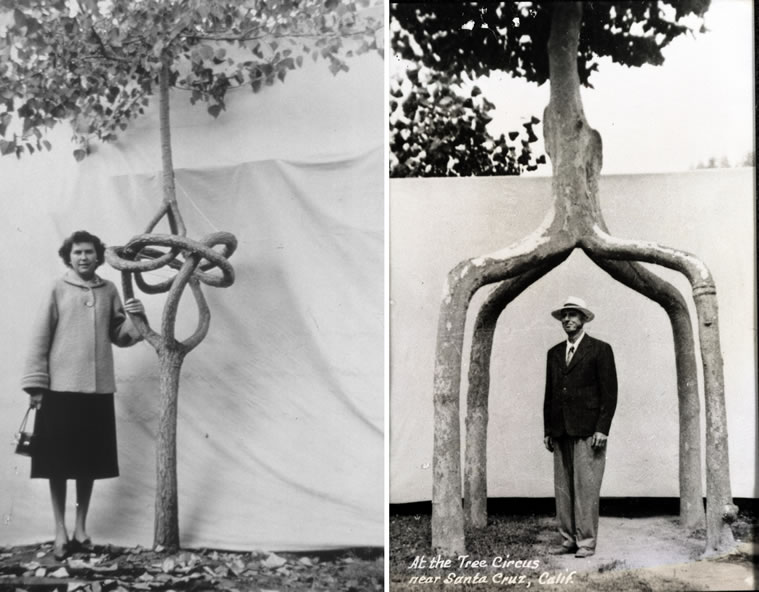