One theory is they're stuck in a game of follow the leader. 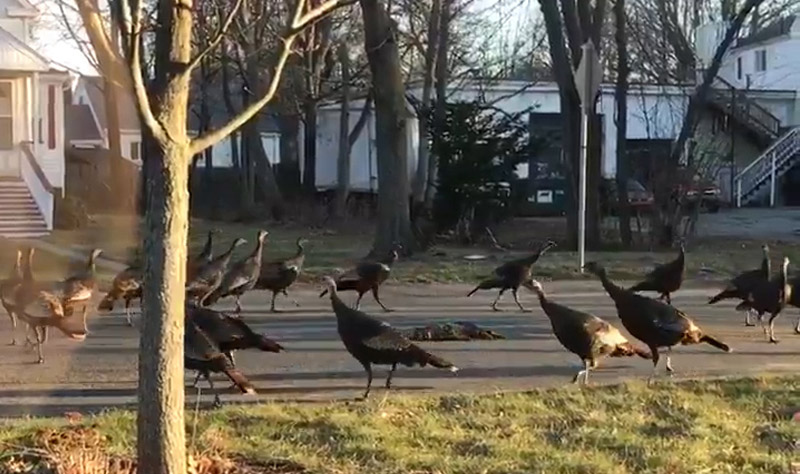 When Twitter user @TheReal_JDavis stepped outside, he saw something bizarre:

Over a dozen turkeys circling a dead cat in what seemed like an endless loop.

“This is the craziest thing I’ve ever seen.”

These turkeys trying to give this cat its 10th life pic.twitter.com/VBM7t4MZYr

Biologists can’t say why they were doing this for sure, but they have a few theories.

Alan Krakauer of the University of California thinks they may be exhibiting “predator inspection.” A trait of prey animals approaching predators in a bluff style self-defense mechanism. What he couldn’t explain was why they would do this to a practically harmless house cat that was deceased.

Boston Magazine tried to get to the bottom of the mysterious circle and called “Massachusetts’ foremost turkey expert” David Scarpitti for comment.

Turkeys are naturally fearful of cats, which can be a threat to younger, smaller birds. So it’s likely that, when they came across a dead one in the road, they were very curious to see what was going on, and whether it was alive.

He goes on to sat that the the birds may have “just gotten stuck in a loop after one circled the cat to get a better look, and the rest fell in line in a silly game of follow-the-leader.”