Hundreds of applicants vie to spend time in a Zurich clinker. 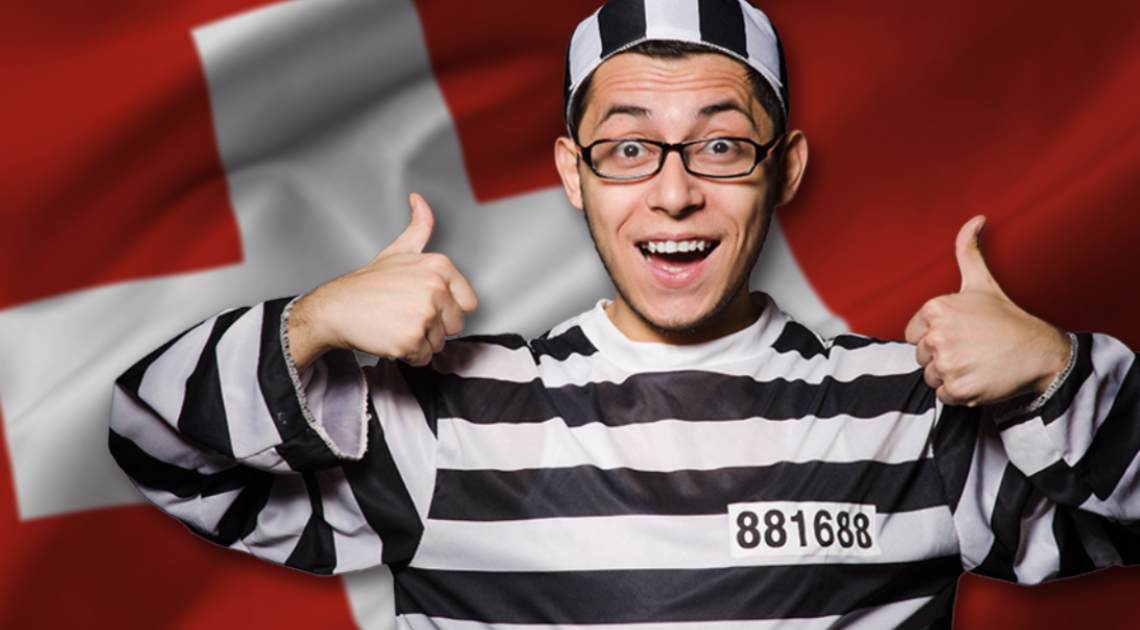 Many challenges and considerations go into constructing a “successful” jail. According to Samuels Group, preconceived notions abound regarding what an incarceration facility should look like. Part of the reason for this is the careful balancing act that exists between great design and functionality. Coupled with these concerns, planners must also consider how the layout will best facilitate rehabilitation efforts.

That said, these institutions don’t have a reputation for being particularly pleasant or comfortable. After all, they specialize in human cages complete with exposed toilets. Perhaps this is why it’s so surprising that a new jail in Zurich, Switzerland, has regular folks lining up for a little voluntary confinement. Sure, this sounds like the premise of a reality television show, but we’re here to assure you that truth is stranger than fiction.

Find out more about the deluge of people jonesing to spend a few days in the Zurich West Prison.

Switzerland has a reputation for crafting exceptionally accurate clocks and the world’s finest watches. Think TAG Heuer, Piaget, and Rolex. So, when you hear the expression “doing Swiss time,” you’re likely thinking about cogs and cuckoos — not prisons.

But that hasn’t stopped more than 832 individuals from submitting applications hoping for a chance to spend a few nights in a new Swiss jail facility. According to Zurich corrections authorities, the test run for staying in the facility is scheduled from March 24 through 27. That said, they’re still working out details before they start accepting faux prisoners.

Nevertheless, we do know that the Zurich West Prison is located west of the city’s central train station and will house roughly 117 people awaiting trial and 124 people under “provisional arrest.” Officials have yet to announce how many volunteers they’ll accept for the practice run. To qualify, they must be at least 18 years old and prepared for a realistic detention experience.

Volunteers for the Clinker

What else do we know about the experience volunteers should expect? For starters, they won’t pay anything, and they also shouldn’t expect to get paid for their time in jail. Daily life will include going through intake procedures, testing food, walking the yard, and sleeping in a cell. Cellphones and other electronic devices must be left at the door when checking in, and every volunteer will need a security clearance. To obtain this clearance, participants must go through a security checkpoint similar to airport TSA. And as for strip searches? According to officials, those are voluntary. (Whew!)

During the authentic incarceration experience, volunteers will receive safe words. That way, if things spiral out of control, they can let authorities know ASAP. The same goes for those who get cold feet at any point during the test run. In return, the experience will let officials of the prison system test the new facility’s capacity, operations, and services. It will also give correctional officers a chance to communicate and cooperate with authorities like prosecutors and law enforcement.

Officials of the Swiss prison system hope to kill two birds with one stone through this venture. Besides testing the jail and working out kinks, they believe the experience will demystify the penal system for members of the public. And they hope it’ll let people see what prison officials actually do. Speaking of wardens in the Zurich region’s rehabilitation and corrections services department, spokeswoman Elena Tankovski notes, “They know how [to] treat people right. . . They are actually more a carer than a guard.” Hopefully, those safe words won’t be needed after all.