“It felt like getting punched in the back of the head by someone wearing rings.” 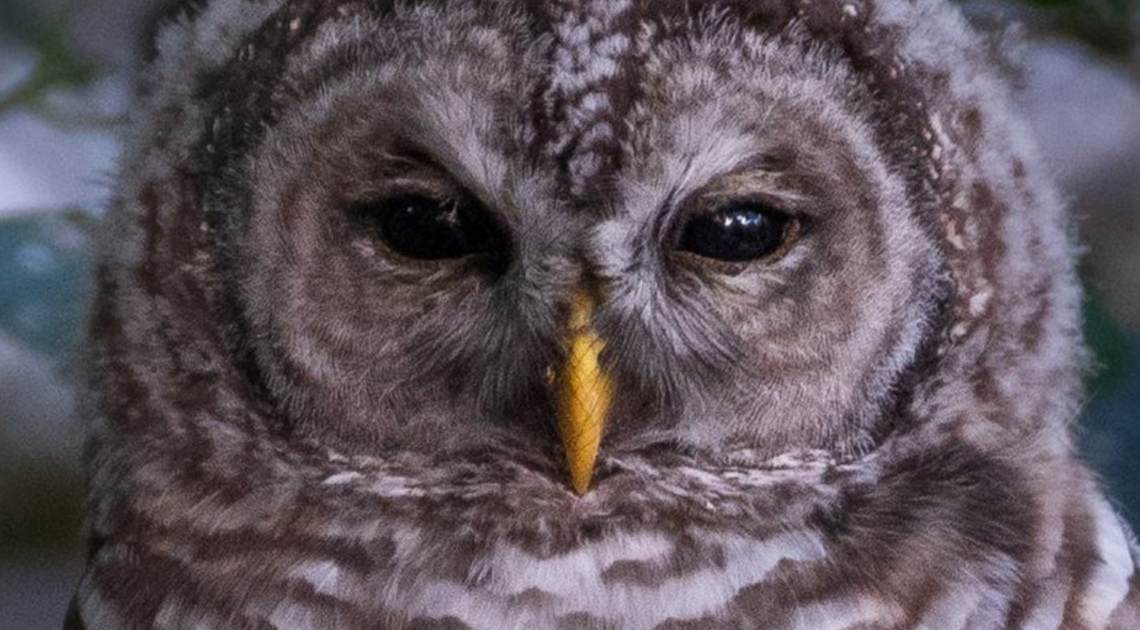 A Washington woman is currently living in fear of a wise guy neighbor after being attacked twice while walking near her home. Did we mention her neighbor is an owl?

Kirsten Mathisen’s first physical encounter with her new nemesis was when her daily walk through the woods near her Hansville home took a bloody turn. The attack was swift and silent as the white barred owl swooped down from the sky, aiming straight for her head with its claws out, ready to rumble.

“It felt like getting punched in the back of the head by someone wearing rings,” Mathisen said.

Kirsten was able to nab some quick photos and a video of her assailant before getting the heck out of the woods.

Upon returning home, her boyfriend helped clean her bloodied, cut-up scalp while she regaled him with the harrowing tale. Her next stop was a visit to the doctor for a tetanus shot to avoid contracting any disease or infection from the owl’s claws.

Kirsten decided to give the owl some space and avoid the woods to stay out of its territory; it did not work.

Exactly one week later, the owl came back for round two, accosting Kirsten in her own driveway! This time it left deeper, bloodier cuts behind.

Naturally confused, Kirsten hopped on Reddit, seeking answers about what was happening to make this owl so vicious despite being unprovoked.

While some cracked Hogwarts jokes (RIP Hedwig), others shared theories about the case of Kathleen Peterson, as featured in The Staircase, stating that they believe an owl and not Kathleen’s husband is responsible for her death. She also found a slew of similar stories from others in the Pacific Northwest, including a Seattle runner who wears an owl mask on the back of her head to avoid being attacked. Still, none of these stories explained why it was happening.

According to wildlife biologist Jonathan C. Slaght of the Wildlife Conservation Society, who examined Kirsten’s photos to confirm the species, barred owls are “aggressive” and “highly territorial” creatures that typically nest in tree cavities. Alas, there are fewer and fewer dense forests for them to nest in, causing these unnatural altercations to become more common.

“The more you reduce the places where an owl can nest, the more likely it’s going to be nesting somewhere in close proximity to humans,” explained Slaght.

Kirsten has since taken her daily walks far from where the owl lives. She also added a hat and an umbrella to her workout gear for good measure.

She hopes to return to her regularly scheduled programming soon, and if Slaght is correct, she may be in luck.

“This will sort of work its way out,” he said, explaining that the owl’s aggressive actions indicate that it’s likely nesting or pre-breeding, which are seasonal activities.

It would be easy for Kirsten to hate her attacker, but she doesn’t seem to harbor too much ill will, saying, “I don’t want the owl to be put down or something. It’s very beautiful. It’s just a pretty b****.”

Next post There's a Giant, Unblinking Eyeball in Downtown Dallas

Previous post Does Stress Cause Gray Hair? Yes. Is It Reversible? Also Yes!