The Beauty of The World’s Ugliest Dog Contest

Where you don’t have to be pedigree to be pawsitively perfect.

Prim and proper are far from present for pooches arriving at the Sonoma-Marin Fair each June. Atypical from the poised, pedigree dog shows seen on television, the World’s Ugliest Dog Contest showcases the less-than-perfect appearances of its contestants.

For nearly 30 years, Petaluma, California, has hosted pups from near and far who are hoping to make a name for themselves as the World’s Ugliest Dog. While the title may not seem worthy of a five-foot trophy, the impact on the pet community proves otherwise.

While there is no formal documentation to signify the official contest debut, it’s believed that the competition began as a local community-building event and eventually made its way to the fairground, as a result of its growing popularity.

“In a world of marketing beauty… the true love for an animal, or anything, can get lost.” – Allison Keaney, CEO Sonoma-Marin Fair

Participant pre-show is a true testament of pampering and paparazzi. Pups and handlers begin with a backstage reception for some relaxation before being greeted by the press. 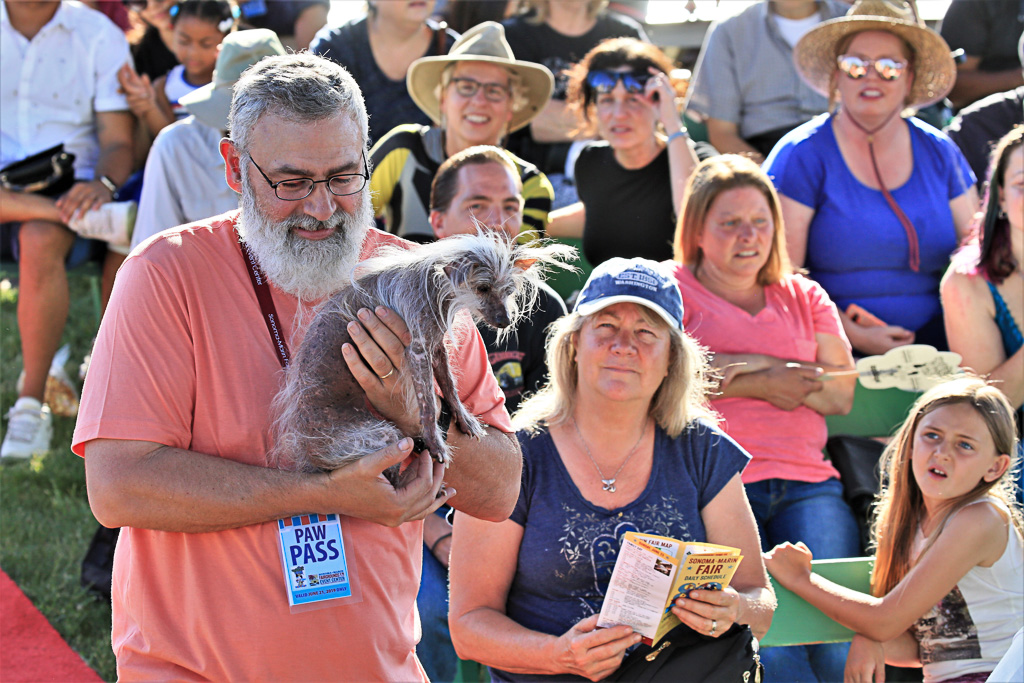 The contest begins with a prideful walk-of-fame down the red carpet. Amidst judges, media, celebrities, and fans, these canines prove to be the true shining stars of the show.

At the end of the carpet, contestants are brought to the judges’ table for evaluation. Dogs are evaluated on first impression, originality, audience appeal, and natural ugliness. Decisions are truly in the eye of the beholder. 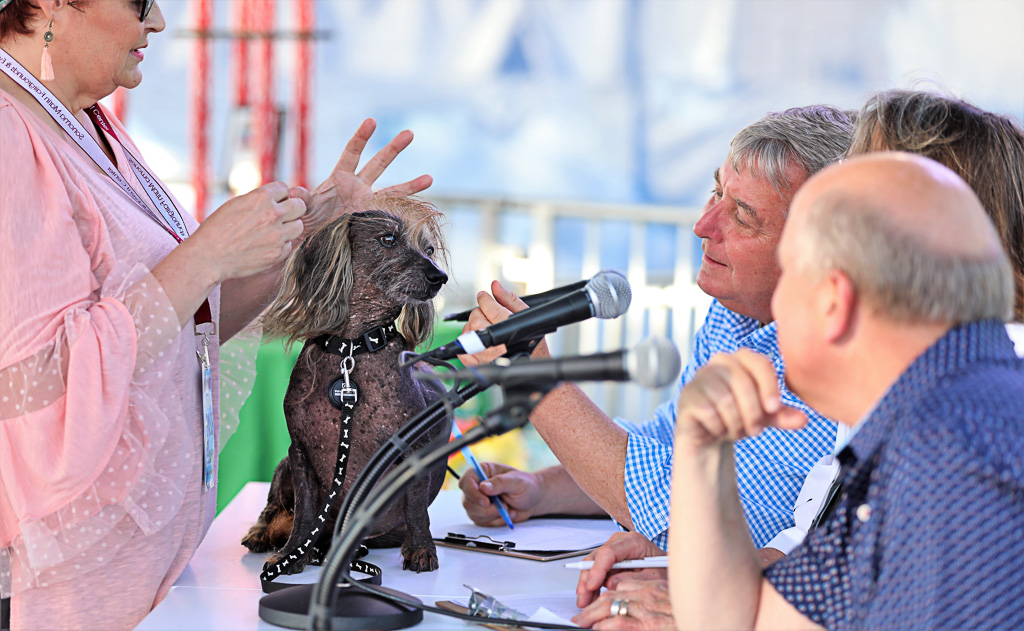 Once a Top 3 has been established, the judges kick it over to the audience for determination of a winner. Measured by a round of applause, the first-place champion is crowned as the World’s Ugliest Dog.

Telling the Tail of Champions

Other first-place recipients include Quasi Modo (2015), a hunchback, 10-year-old Pitbull-Dutch Shepherd mix; Walle (2013), a 4-year-old pup with an unusually large head and duck-like waddle; and Princess Abby (2010), a one-eyed Chihuahua with a back deformity. 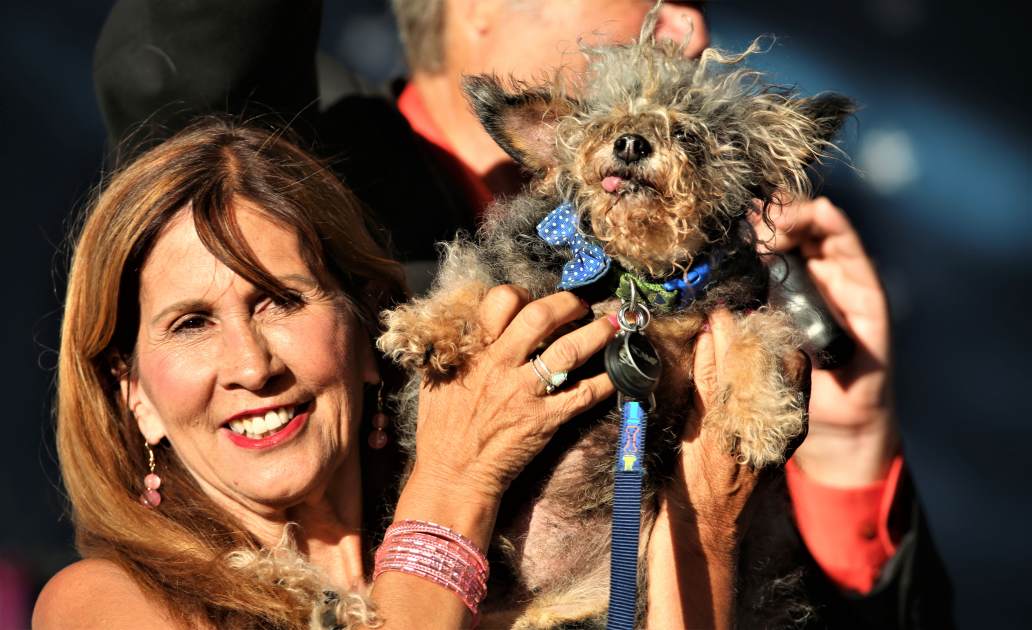 This year’s winner was Scamp the Tramp, complete with big, bug-eyes and dreadlocked fur. His owner, Yvonne Morones, found Scamp on Pet Finder in 2014 and decided it was time for this Compton street-dog to come home.

Yvonne knew he was something special from the moment she met him, stating, “There we were, two strangers in a car on the way home to a new start. Bob Marley was playing One Love and I looked over and little Scamp was bobbing his head. It was like he knew he had found his forever home.”

Ain’t Nothing but a Pound Dog

In many cases, these winning mutts are rescued from shelters, abusive households, or puppy mills. Without their caregivers, many of them would have had incredibly short lives and, evidently, untapped potential.

As the contest continues to evolve, its mission holds true: all animals deserve to find a loving home. Creating these spokesdogs for adoption is just one facet of the pro-rescue mission, in addition to the Sonoma-Marin Fair’s “pet fest.”

On the morning of the contest, local vendors, veterinarians, and rescue organizations set up tables for discussion surrounding the importance of adoption, animal health, and other areas of pet expertise. This gives local specialists the opportunity to not only showcase their wares but educate fair-goers about the importance of this mission. 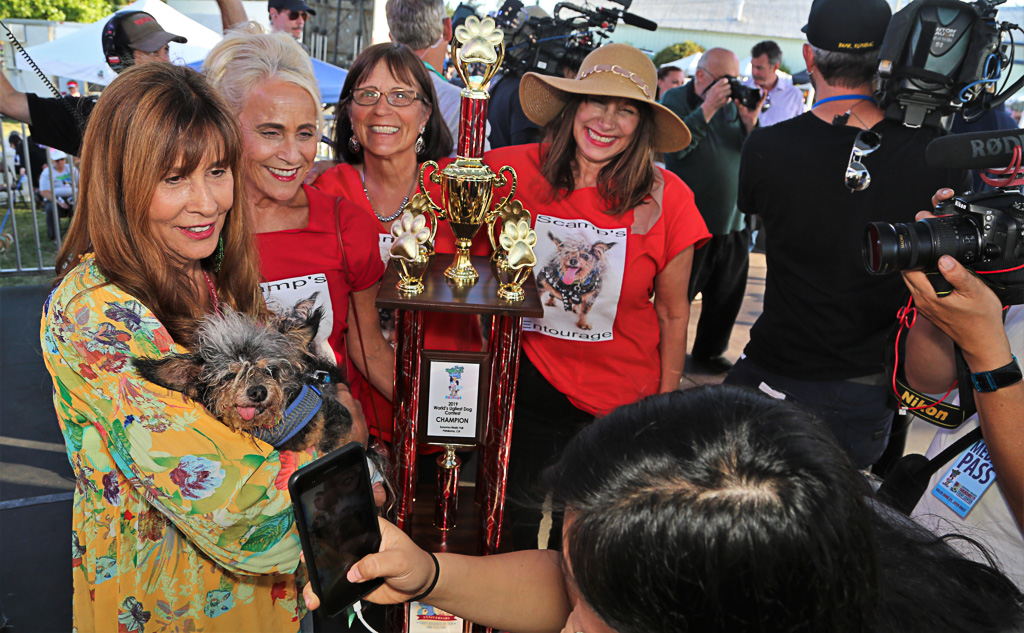 First place winners receive a five-and-a-half foot tall, three-tiered pink trophy, complete with the World’s Ugliest Dog logo, and some pocket change: $1,500. They also get more than just their five minutes of fame with a trip to New York and a seat alongside hosts of the Today Show. 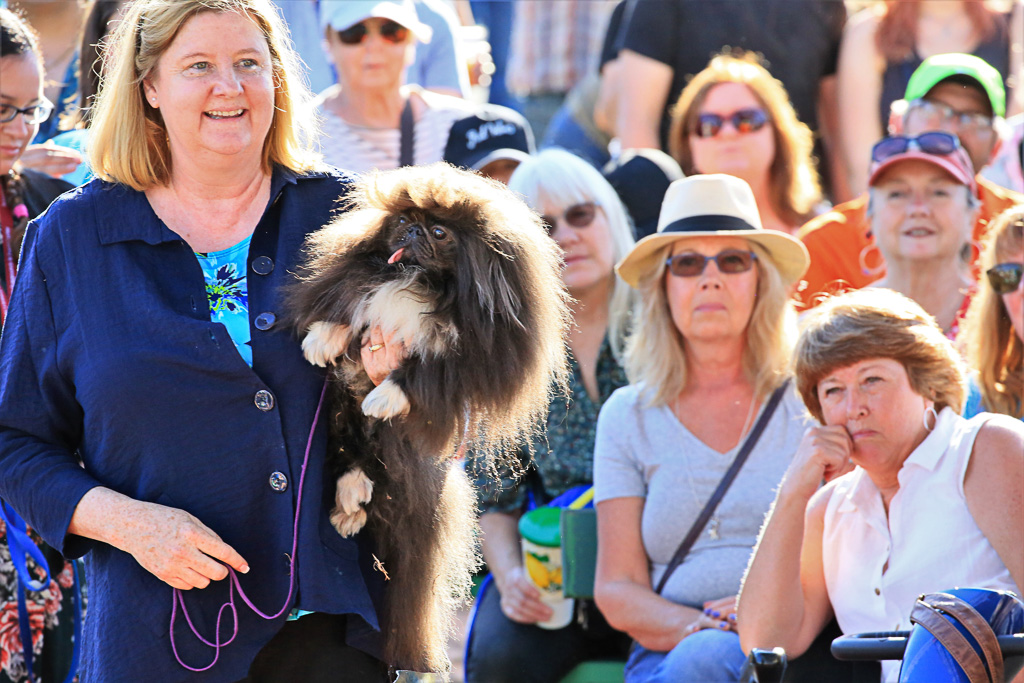 Second place winners receive a $1,000 prize and third place $750. The greatest prize, however, is the generous contribution made by donors of the contest. Each finalist receives a prize match to donate to their animal charity of choice. 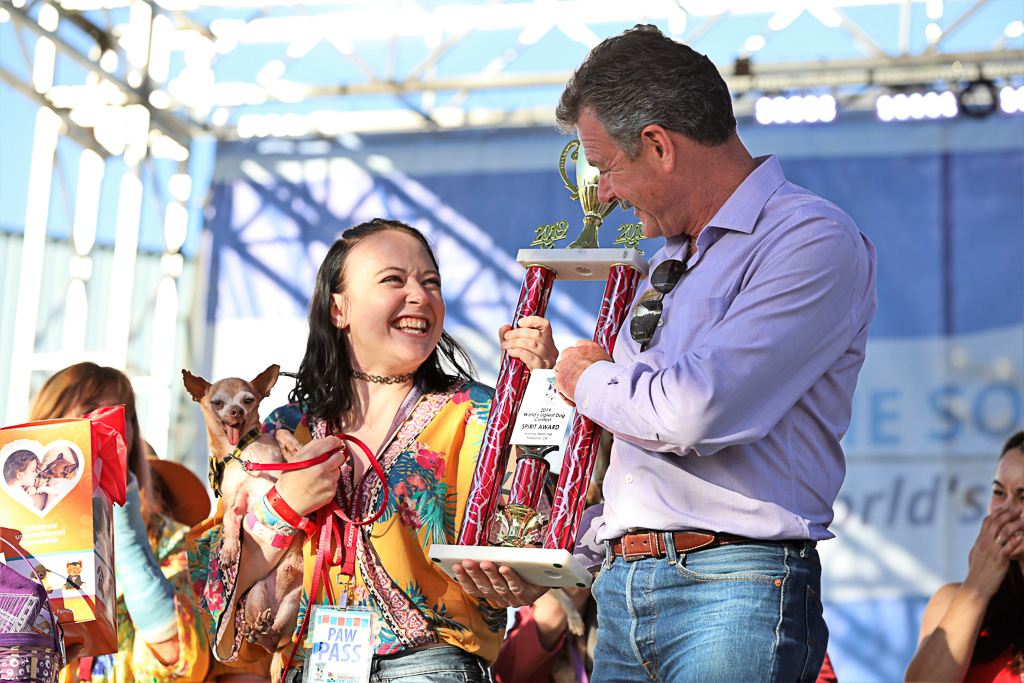 “The real spirit behind this competition is that every animal deserves a loving home. Every animal contributes to a family in some way, and the stories behind some of these little guys are amazing, they really are.” – Allison Keaney, CEO Sonoma-Marin Fair

The World’s Ugliest Dog Contest acts as a shining example of the fact that pups don’t have to be pedigree to be pawsitively perfect.

Next post The Living Legacy of Lucy the Elephant